Information – Welcome to State Self-supported category Temple Shri Gogaji, Gogamedi, Devasthan Department, Government of Rajasthan.
Due to Covid-19, the temple remains closed until further notice.
It is requested not to visit Gagamedi during this period.
Take advantage of online darshans. Please donate online and receive blessings.
Arti at 5:15 am and 6:15 pm. 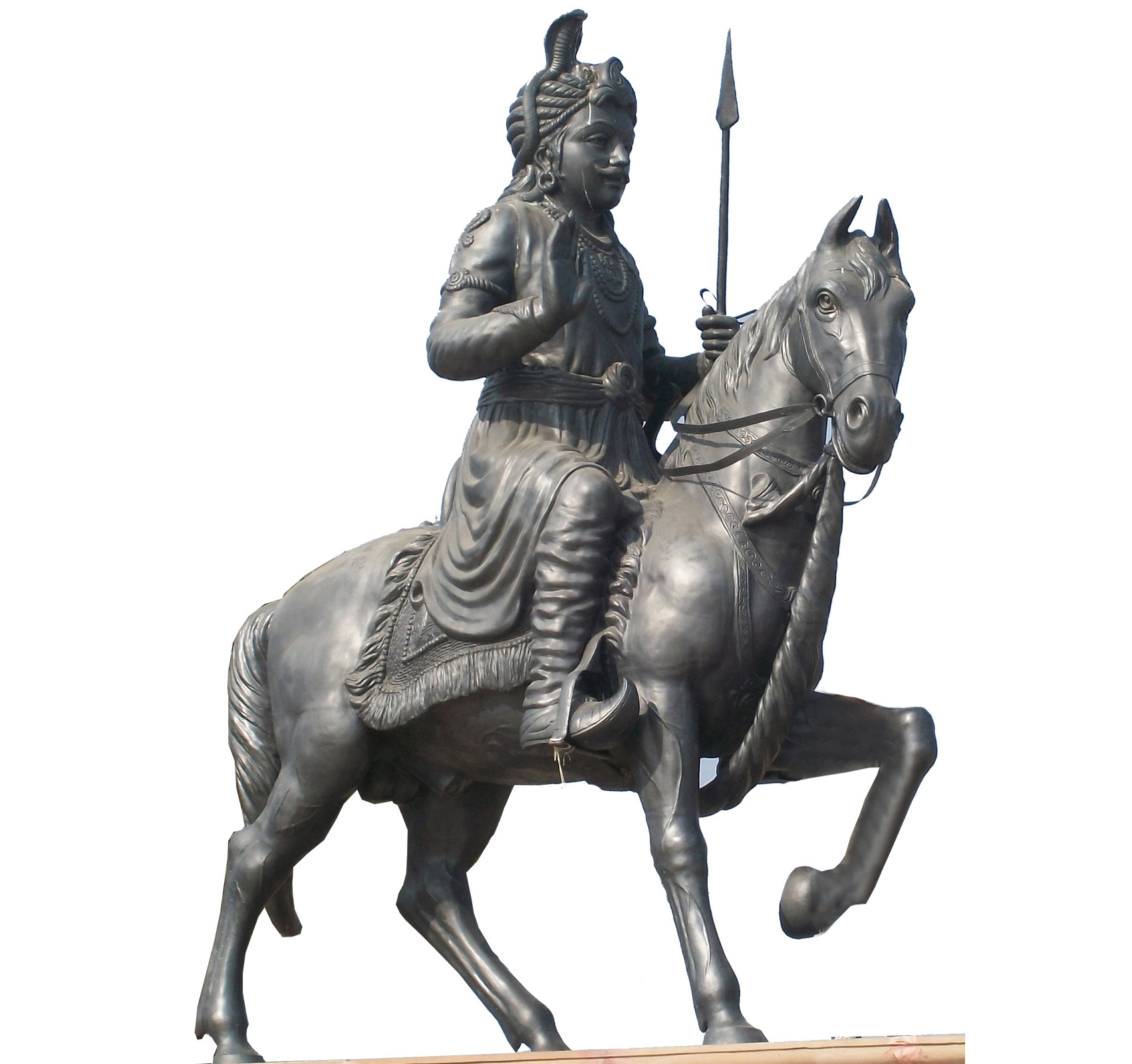 The famous temple of Lokdevata Shri Gogaji is located in Gogamedi of Nohar tehsil of Hanumandarh district of Rajasthan. Gogamedi Temple is a self-sustaining location of the Rajasthan Government Devasthan Department, which is managed and controlled by the Office of the Assistant Commissioner, Hanumangarh.

Gogaji's marble mausoleum is built and located in the sanctum sanctorum of the said temple. Gogaji's temple is a symbol of communal harmony, and visitors from all religions, including Hindus and Muslims, come here. Gogamedi hosts an annual Mela (Lakkhi Mela) every year, which lasts from Shravan Purnima (Raksha Bandhan) to Shraddapada Purnima month for 1 month. The fair is divided into two parts, in the first 15 days, devotees from Uttar Pradesh, Bihar, Himachal Pradesh, wear yellow clothes and in the second 15 days, devotees from states like Punjab, Haryana, Delhi etc. The entire fair attracts around 20-25 lakh devotees from different states of India.

The distance of the said famous temple is 2 km from Gogamedi railway station, 32 km from subdivision Nohar and 110 km from district headquarters Hanumangarh. The nearest airport to Gogamedi is Jaipur, which is 340 km from Gogamedi.

It is a princely temple, which was earlier arranged by the princely state of Bikaner. Many legends are famous about the history of Gogaji. Gogaji's Guru was Gorakhnath and mother's name was Bochal Devi and father's name was Jevar Singh (Jabber). The birth place of Gogaji is Dadreva (Churu) and he was born on Bhadrapada Navami, due to this, every month Navami is highly revered at this famous dham.

People also call Gogaji with the names of God of Snakes, Gugga Veer, Jit Veer, Jahar Pir, etc. It is a popular belief that if a person affected by snakebite is taken to the temple of Gogaji, then that person becomes free from snake venom. 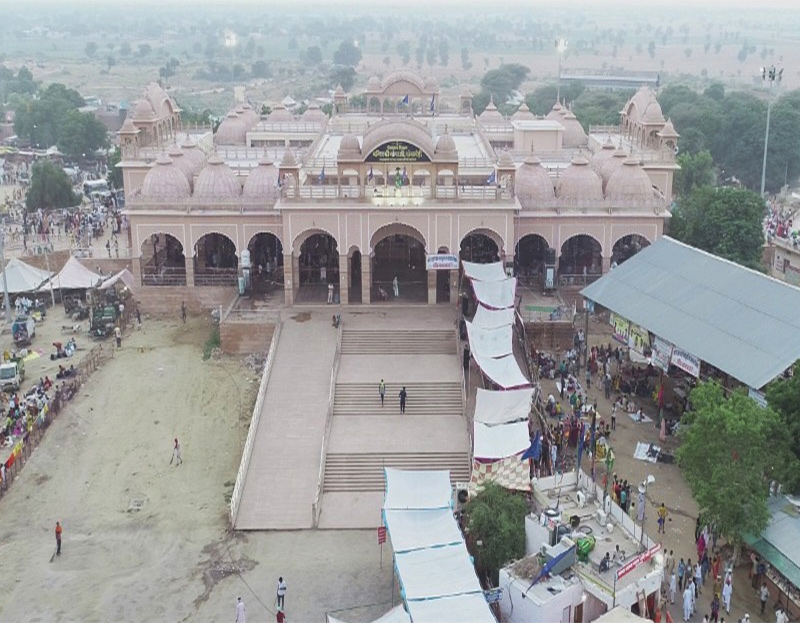 In the year 2015-16 by the Rajasthan Government Devasthan Department, the master plan of the said temple had been developed through the executive agency RSRDC for the development of 23 crores, the entire temple complex has been renovated under the development works. After the renovation of the temple, its attraction has increased, and there has also been an increase in devotees. Presently, the Manager and Inspector Office of Devasthan Department is located in Gogamedi, which makes all the arrangements of the temple.